My first stop was the Borough Market, but everyone was still setting up at 10.30.

Not really worth going until 11am 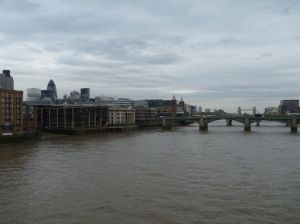 I walked along the South Bank and crossed the Millenium Bridge

I had a closer look at St Paul’s.

There were about 200 tents, all tied to each other

The info tent. Note the timetable on the whiteboard to the left - meditation at 2pm. The group sitting down is discussing how to save the world, informally.

There were a lot of posters pasted up

The food tent and recycling bins (source of arguments) 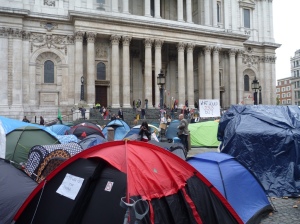 I crossed back to Tate Modern.

This work explores the relationshipbetween technology and organic elements. Maybe. 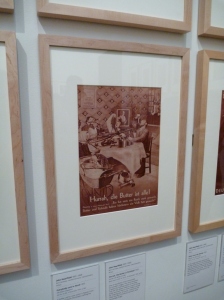 John Heartfield. I had already seen some of his pioneering photomontage when studying German history.

I did not know this was a Warhol when I first saw it, but it did draw me in to the room. It only proves that you can tell crap from art.

Like this Monet. Panned when he first painted it, and I think it deserved it. It's just a giant ruddy-brown smudge.

From there I walked down to the Imperial War Museum. It was FULL of children.  Mothers:  Please don’t bring prams to museums. 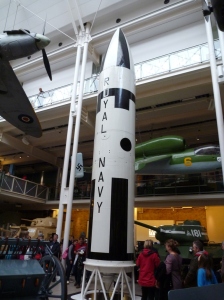 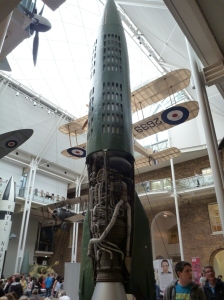 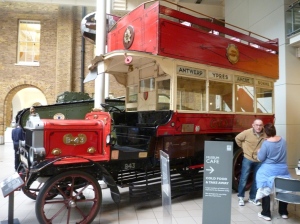 A London bus requisitioned for use on the Western Front, then taken back to London at the end of the war and used for another 10 years! 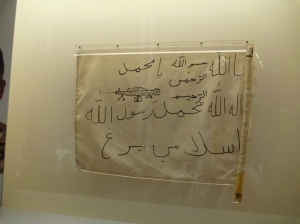 They had a good exhibition on spying. 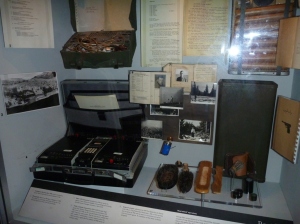 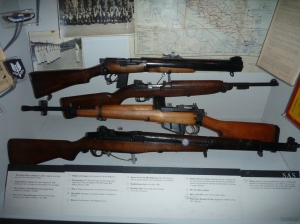 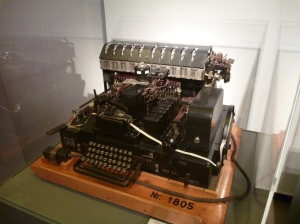 Not Enigma but a more secure version with 9 rotors instead of Enigma's 3. 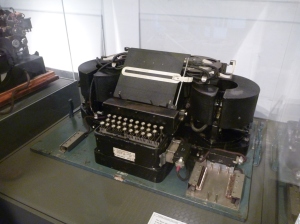 Chevy trusk used by NZ Long Range Desert Group in WW2. This trusk was found in the desert in the 1980s.

They had Lord Ashcroft’s collection of VCs on display.  The blurbs for each medal are quite short and it seems designed for children.  Fair enough too as I don’t know what’s wrong about making them appreciate bravery and sacrifice. 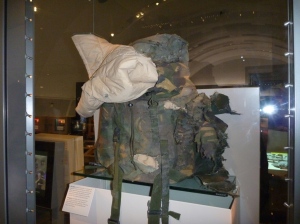 Daybag used by a modern recipient to smother a grenade. He survived.

No women have ever won the VC.

I thought I’d seen a reasonable amount but then I found the main exhibtion in the basement.  It’s huge.  However it assumes you already know the story – the panels are not that informative and it’s just a lot of things on display- very good pieces, but they just sit there, static.

This counts all the people who have died in conflicts since 1900.

WW1 aircraft machine guns - I grew up looking at these.

The eagle from the Reichstag

They have an exhibit dedicated to Viscount Montgomery of Alamein.

His sword and boots. He found the sword difficult to fight with in WW1 - in his first contact he instead kicked the German in the groin. 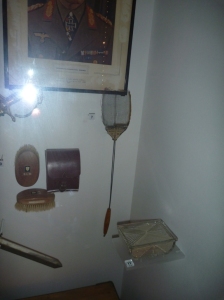 Another one of Monty's hats!!!

Then the exhibition covers all the postwar conflicts.

The phone that would ring with the 4 minute warning