I thought I’d be able to visit Troy in the morning.  However the first bus leaves at 9.30, and it’s a 1 hr return trip, so to guarantee that I’d be back in time for my Gallipoli tour at 11.30 I’d have to get straight back on the bus when I arrived.  So instead I booked my ferry to Lesvos.

I’d booked at my hostel, who outsourced to TJ’s Tour Company for TL65.  The tour started at 12 with the ferry going to Eceabat.  On the other side I couldn’t see the tour operator so that led to me being extremely angry (I had ONE day to see what I’d travelled 15 000mi for).  I asked at a hotel who rang the tour company.  They sent a rather unkempt man down who took me to their hotel.  Lunch was included in the price – chicken pattie, rice, salad and bread.  At 1pm we boarded the bus.  Our tour guide was a young-ish Turk.

We drove first to the beach cemetery. 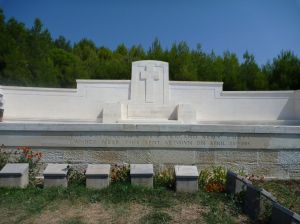 This is next to ANZAC Cove.  I looked out to see where the landing craft came from. 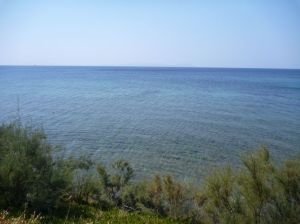 There is an island a few km away

We sat under an oak tree and the guide gave an overview of the campaign for about 20min.  We then walked to ANZAC Cove. 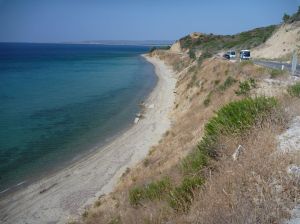 The road cuts through the whole area.

At the far end is Airnburnu cemetery. 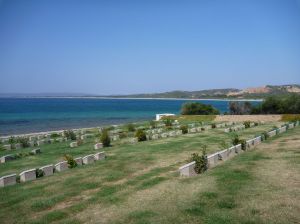 It was actually a lovely spot - the water is so clear, and there isn't any rubbish. But they do have signs reminding people to treat it like a cemetery. No picnics, no games.

A few hundred metres from here is the main ANZAC memorial, where they have the services. 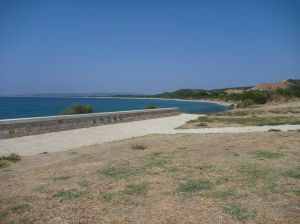 It's the site of the main supply camp

I was surprised at how small the area is – it looks larger on TV when they have the service. 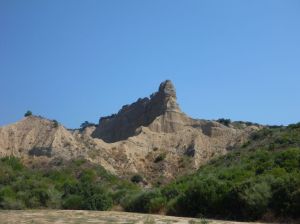 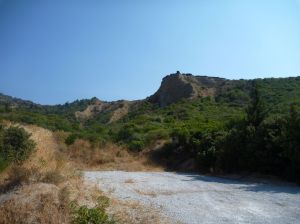 From here we drove to Lone Pine. 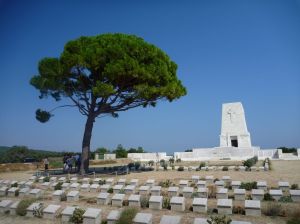 This was the main Australian objective during the August Offensive. 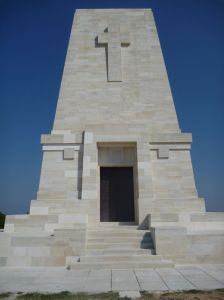 There's that crest again. It gets around a bit. 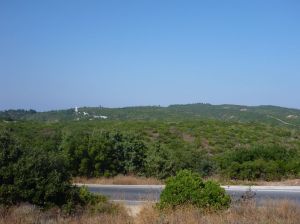 View up to Chunuk Bair. Quinn's Post is near the memorial on the left.

From here we went to Johnston’s Jolly, where the trenches of the opposing sides are on either side of the road. 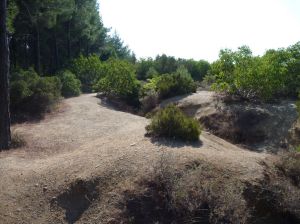 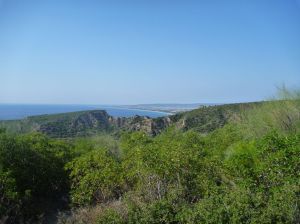 View across Shrapnel Valley to Walker's Ridge from rear of Johnston's.

There were a lot of trenches here, and some tunnel entrances.  I would have liked more time to explore.  We drove up to the largest Turkish cemetery. 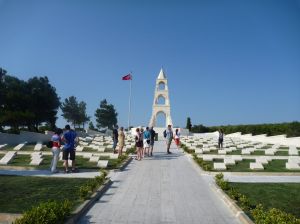 Across the road are several souvenir merchants who will sell you momentoes of the great victory. 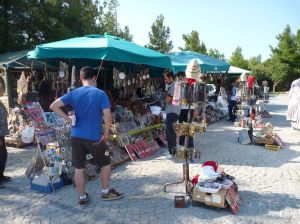 Nothing about the ANZACs or Allies here

We had a break for icecream, then went to The Nek, as featured in the film Gallipoli. 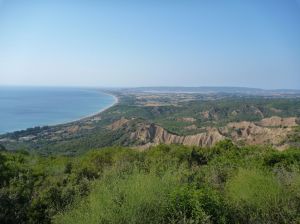 View from The Nek

There were some more trenches here.  We drove up to Chunuk Bair.  There are many trenches beside the road the whole way up.  If you had a hire car or were walking there would be a lot to explore.

The main NZ memorial is at the Chunuk Bair cemetery. 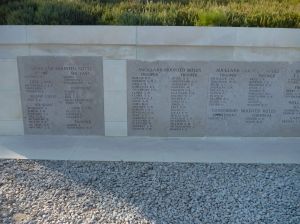 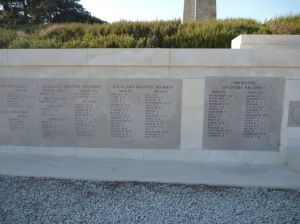 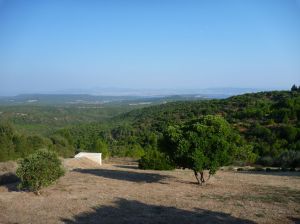 View down to the Dardanelles from Chunuk Bair 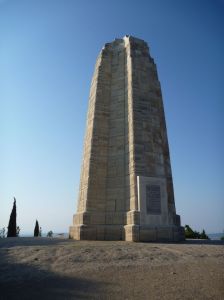 I nearly exploded with anger here.  People were having their photo taken in front of this and smiling.  WHO SMILES IN FRONT OF A CENOTAPH?  These antipodeans take a visit to Gallipoli as some sort of rite of passage but the don’t really know what it means.  If they did they wouldn’t smile in front of the embodiment of thousands of dead.  Please, go away until you can visit with more reason than finding a cultural crutch for your lack of national identity.

Chunuk Bair is also a major site for the Turks.  A few metres away from the cenotaph is a large statue of Ataturk. 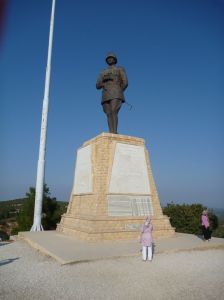 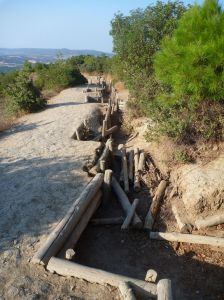 There are also a lot of preserved Turkish trenches

A Turkish tour group was having a long spiel about the great victory. 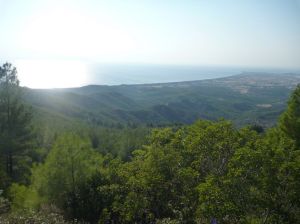 View from Chunuk Bair down to the landing beaches.

We headed back to Eceabat and back to Cannukale on the ferry.