If you go to the Great Wall take a bus tour.  That’s all I’ll say about that.

I went to Jingshanling.  It’s isn’t so busy – I arrive about midday and there were a few tour groups, but nothing too bad.  The gondola isn’t completely necessary – there’s a well graded path if you keep walking past it.

The wall itself was a bit hard to make out: 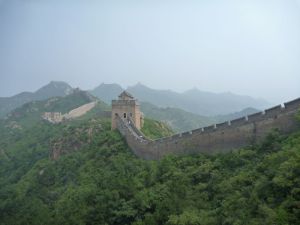 But it is worth it – look at the view!

The distances are quite large and it is quite steep- I passed a tour group consisting of pasty Englishmen being fanned by Chinese attendants after every ascent. 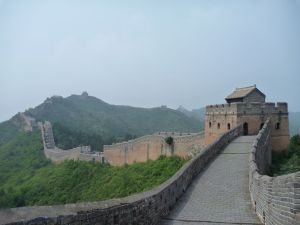 Where it gets interesting is at the end of the restored section – there were only 2 other people here.

Inside one of the towers 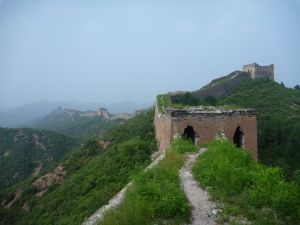 The end of the line

After excessive faff I returned to Beijing on the hunt for a gym.  The Workers’ Gymnasium does not have ‘gym’ facilities, just Westerners playing polo on single-speed bicycles in the car park.  Hmm.