My main reason for coming to Nanjing was to visit the massacre memorial.  However I had to sort out my transport out first.  The hostel didn’t do train bookings (nngh!) so I had to find a train booking office that spoke English.  That involved an 8km round trip in to town to Jinling hotel.  They are very good at working the booking system and speak reasonable English.

From there I went on to the memorial.

This is at the entrance.  It’s reasonably busy, but not too bad, and is free to get in.  When you go in you descend to the basement floor, and start with a re-creation of a bombed-out street.  This floor has a chronological exhibition about the Nanjing massacre, where the Japanese killed at least 300 000 civilians in 1937.  It then has an upper floor that looks at WW2 in general, and there is a bit of repetition.

Then there is another building.

It's built over an excavated mass grave.

It’s as harrowing as it sounds.  There are 300 people buried in that area.

After that I went to the Presidential Palace.  It’s also busy, but charges Y40 to get in.  The complex is deceptively large – I took more than 2 hours to walk around. 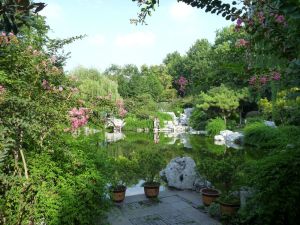 There’s a museum section with a lot of photos.  It’s ok, but you need to know the basics of the story first.  A lot of the interpretation panels elsewhere are only in Chinese.  At the northern end are buildings from the pre-communist republican era. 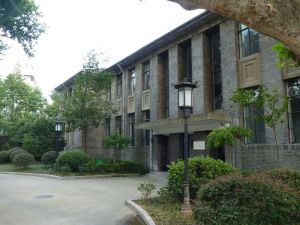 This is full of information on the workings of the republican government. It's amazingly boring.

The art deco is lovely to look at. 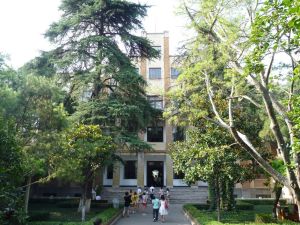 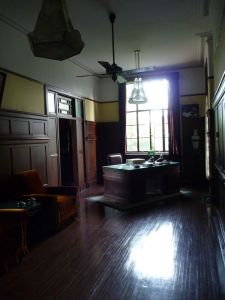 Most of the rooms are preserved like this – as they were when the government had to make hasty travel arrangements in 1949. 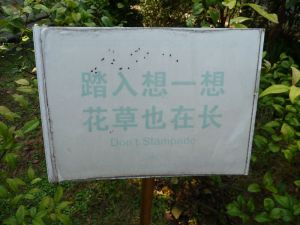 From here I went to the supermarket to stock up on yoghurt then went to the train station.  Outside there is a large public area.  People sat and watched the water fountain with its musical accompaniment.  However the police kiosk to the side had its lights flashing, making it look like a DJ booth for the fountain. 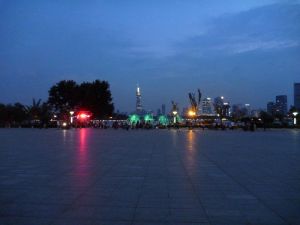